What Is Konjac root? 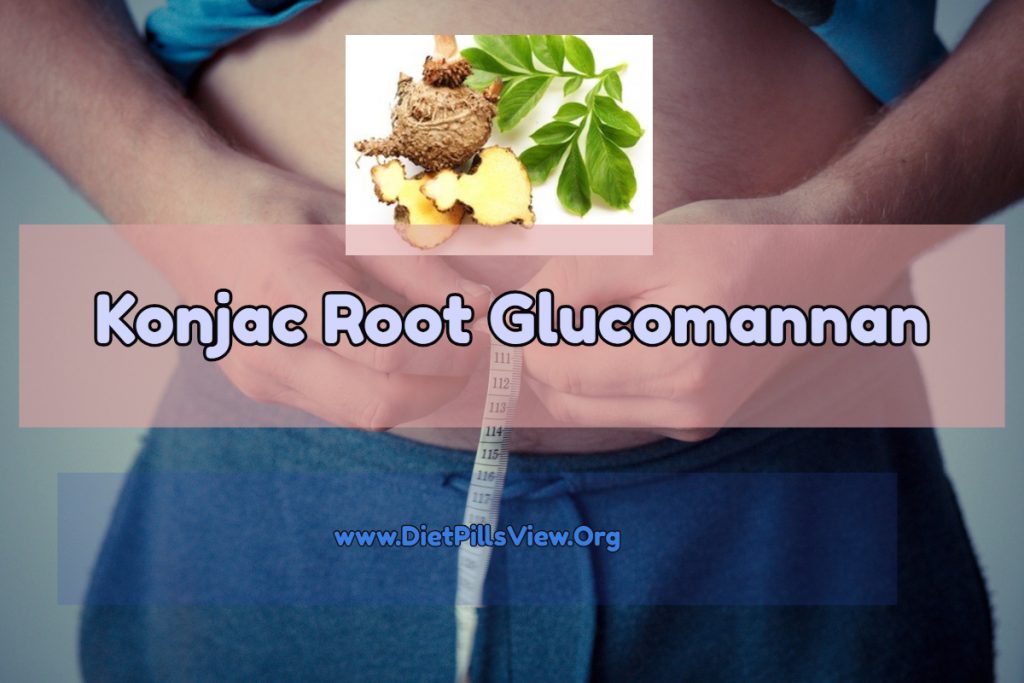 No matter how it is shaped, it remains a low-carb food source and by its very nature. Moreover,  it is a low glycemic food which very important when you trying to lose weight.

Konjac root itself can be cooked and eaten either alone or mixed with vegetables and meat. In addition to being used as a food source, Glucomannan is a gelling agent. So, it is used to thicken foods as well as acting as an emulsifier, and gelling agent. As you can see, there is a long history of the use of Glucomannan relating to food

But why is it suddenly so popular today?

Many products lay claim to this very same thing. However, Glucomannan is gaining in popularity because its unique advantage. It is effective and better yet, it is a natural substance! Glucomannan has even proven to be an effective way to lose weight – all without having to change your diet habits or exercising.

Most diet aides only work when used in conjunction with a healthy diet and exercise at least three times a week. But Glucomannan will work without the users making any drastic changes in lifestyle.

How to take Glucomannan?

Glucoman is most often taken as a tablet but it also comes as a powder as well. The powder has virtually no taste and because it is a natural thickener, it works very well when mixed into smoothies.  Still, smoothies are not the only food that it can be added to. You can add the powder into nearly any food. It will not change the flavor, and it will give the food some extra texture even. It is a very versatile product.

Other ways to get Glucomannan is to buy Japanese shirataki noodles, they are made with glucomannan, but they are an acquired taste! Some health food and natural food stores also carry Glucomannan gums as well.

Unless you are using it in powder form or eating the shirataki noodles, you will need to take the Glucomannan roughly 15-30 before you are ready to eat a meal.

It is very important to drink a lot of water when you take the Glucomannan, especially if taking it in pill form. Even if you are mixing the powder into your food, juice or a smoothie, you will still need to drink water alongside of it.

It is necessary to drink water to allow the Glucomannan to work like it is supposed to but not drinking enough water with it can also be a health risk, see the side effects section for more information about that.

Glucomannan works the same way most dietary fibers work, after being ingested, it will begin to absorb water that is in your digestive tract; as it absorbs water, it expands and thickens, remember, it has been used historically as a thickening agent in Asia. That expansion is how it helps with weight loss, the primary effect of Glucomannan is that you feel fuller, so that you eat less.

Glucomannan works before eating your food. And you must take it with plenty of water!

When taken shortly before a meal, the Glucomannan has time to soak up water and expand, making you feel full. By absorbing the water in your digestive track, Glucomannan will also hinder your system from absorbing cholesterol and carbohydrates, which is why it not only helps with weight loss, but with reducing cholesterol, diabetes, and high blood pressure as well.

Your body will rid itself of the expanded Glucomannan in the natural way, which is why Glucomannan is also used to treat constipation, and it is a good system cleanse because it is a soluble fiber and is all-natural.

People who have any of the following will benefit from taking Glucomannan:

Glucomannan is beneficial to people with any of the above and so it is most commonly taken by those looking to lose weight, help with constipation, and help lower cholesterol and high blood pressure and to help those with type 2 diabetes because Glucomannan has a therapeutic effect on type 2 diabetes sufferers.

Studies have shown that it is possible to lose an average of 5.5 pounds over a span of eight weeks, without any changes to diet or a need to increase or add an exercise regime! [source]

A study compiled by the British Journal of Nutrition had amazing results. The study group that took the Glucomannan having an average weight loss, over a 16-week span, of 10 pounds, compared to only 1.7 pounds on the average lost by the group that did not take the Glucomannan over the same span of time. [source]

Another study showed that the group that took 1g of glucomannan twice a day not had a significant weight gain as opposed to the control group. But that their LDL cholesterol also was reduced.[source]

An Italian study on the uses of Glucomannan and constipation showed that glucomannan is effective in treating and managing constipation and has very little side effects.[source]

A study done by the Institute of Nutritional Science proved that glucomannan is effective in alleviating hyperglycemia for type 2 diabetics. [ref]

In the treatment of diabetes, glucomannan can act as a blood glucose regulator. It absorbs the glucose into its viscous solution thereby reducing the concentration of glucose in the blood stream. For this purpose between 3 and 3.9g of glucomannan can be taken in tablet or capsule form daily. Furthermore since diabetics also benefit from lower cholesterol levels, glucomannan also helps in the management of diabetes through this means.

Taking up to 3.9 grams of glucoman alone or in combination with other cholesterol lowering medications daily can result in significant improvement in cholesterol levels both in adults and children. This has been proven in several medical studies.

For those with obesity taking glucomanna supplements can serve two purposes which lead to weight loss. The first is the suppressing of hunger such that the individual does not feel hungry so often. Suppressed hunger will prevent craving for snacks in between meals allowing the individual to stick to a healthier diet. Secondly is the reduction of cholesterol levels and other lipids leading to desired weight loss. For more efficient obesity control, intake of glucomannan can be combined with regular exercise and a healthy diet.

Glucomannan helps with constipation by increasing the bulk of faeces due to its ability to absorb a large amount of water and increase in weight. The increment in weight allows for easy passage of stool from the body thereby relieving the individual of constipation. Furthermore as glucomannan binds to toxins it helps to neutralize the environment in the colon thereby promoting the presence of good bacteria which aid digestion.

Fibers are generally recommended for cleaning out the system as they are known to pass through the alimentary canal without being absorbed. Glucomannan is particularly good at this due to its ability to increase in size significantly when ingested into the body. It also has exceptional ability to bind with toxins. Glucomannan in tablet or capsule form or contained in foods can therefore serve as a detox agent.

Many processed foods contain gelatin which is made from animal bones and skin. Vegetarians who avoid eating food products which contain any animal parts opt for foods made from plant based gelatinous material. Due to the manner in which glucomannan binds with water and other compounds such as starch, it can be used to form gelatinous materials used as replacement for animal based gelatin.

More recently glucomannan in certain modified forms such as hydrolyzed and sulfated glucomannan has been indicated for the treatment of more sever conditions such as HIV and high blood pressure. Other individuals who have no particular health problems can still benefit from taking low amounts of glucomannan in their diets to prevent occurrence of these conditions and for general well being and youthfulness.

The biggest danger with glucomannan is when it is taken with insufficient water. Especially when taking it in pill or tablet form. When taken without enough water the pill can lodge in the throat, expanding there instead of the stomach, causing you to choke. If swallowed but not taken with enough water, it will expand and thicken in your digestive tract and can cause a blockage.

It is recommended that you drink at least 8 ounces of water with each 1g of glucomannan that you take and that is the minimum amount that you should take. As long as it is taken with sufficient water, glucomannan has very little side effects.

Understanding side effects is very important and we will explain what the studies have revealed. As you know this type of fiber is an attractive option for use in food an drugs because of its biocompatible and biodegradable nature. This reduces the risk of side effects when it is consumed.

Long term studies are yet to reveal any serious side effects associated with consumption of glucomannan.

Likely side effects which may occur include flatulence, abdominal pain and digestive problems. It should be noted that these are very rare and likely to occur as a result of excessive consumption. It is however advisable to consult your doctor or qualified medical practitioner before using drug or supplements to treat any health condition.

Pregnant and nursing mothers are especially advised to seek medical advise before taking any drug or supplement.

Why Fiber is Crucial for Health?

As fibre pass through the body system they absorb residual substances that have not been taken up during digestion. This prevents a buildup of residues which may become toxic in the body. Or encourage the growth of unwanted microbes and tumors. This is due to that when they absorb most water soluble fibers. And fiber becomes viscous and sticky in their moist form making substance adhere to them and be carried along.

Secondly fibre increases in size when they absorb water making them heavier. For this reason they add more bulk and moisture to feces making it easier to be passed out of the body. When you eat meals containing cholesterol or sugars, they tend to delay the release of these substances from the food. Thereby fiber reduces the amount that can get into the blood at any time.

Fibers are also very important because they give the feeling of fullness. This prevents excessive eating because one can consume less of the food and be satisfied. This is also important when dieting allowing the individual to feel full until the next meal. Thus, preventing the temptation to go for unhealthy snack.

In addition to this, fiber is fermented by the “good” bacteria in the colon which aid digestion. It also cleans out the colon making it conducive environment for these bacteria. Emotional eating is one of reason for obesity.

Fibre plays in the treatment and management of specific health conditions such as type 2 diabetes and high cholesterol. It is also important in everyday diet for even people without any health complications. A diet with sufficient amount of fibre is therefore recommended for promoting a healthy body system. 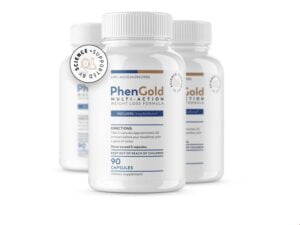 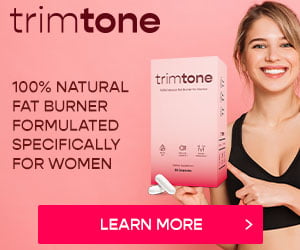